A post-graduate in Fine Arts, Amol Palekar commenced his artistic career as a painter which was distinguished by seven one-man exhibitions along with his participation in many group shows.

As a choice, Palekar directed only Indian plays with a sole exception of Akira Kurosawa's Rashomon (1980). He was instrumental in adopting plays from other Indian regional languages. Palekar was one of the pillars of the Chhabildas Theatre Movement which presented offbeat, parallel theatre inside a school hall in central Mumbai.

As a choice, Palekar directed only Indian plays with a sole exception of Akira Kurosawa's Rashomon (1980). He was instrumental in adopting many plays of Badal Sircar, Adya Rangacharya & Surendra Verma from various Indian regional languages to Marathi.

Badal Sircar’s theatre has been one of the major influences that Palekar gratefully acknowledges. With Sircar’s philosophy of ‘Third Theatre’ added to his extensive repertoire, Palekar started seeking new vistas. In 1972, he formed his own theatre group - Aniket. His production of Sadanand Rege’s Gochi (1973) was a landmark event that transported theatre outside of the restricted space of proscenium. His troupe performed plays outside auditoriums, in gardens, garages, canteens, foyers, terraces, etc. Thus a whole new concept in Marathi theatre was initiated.

He successfully challenged the ban on two of his plays Avadhya and Vaasanaakaand ordered by the State Performances Scrutiny Board – on account of its respective themes of voyeurism and incest. These actions compelled the Maharashtra Government to alter the unreasonable, arbitrary restrictions on content and performance. In 2016, he launched yet another attack on theater censorship by challenging the provisions of prior script scrutiny in the State of Maharashtra. In 2017, he has filed a Writ Petition in the Supreme Court of India challenging the constitutional validity of certain provisions of the Cinematograph Act, 1952. If won, both these cases will set a landmark precedent in the fight for artistic freedom.

From 2005 to 2009, Palekar hosted five theatre festivals in Pune which received instantaneous national recognition. Three of those were retrospectives of the work of doyens of modern Indian theatre - Badal Sirkar, Vijay Tendulkar and Ratan Thiyyam. Subsequently two special themes presented the reflections on Kannada-Marathi Sangeet Natak tradition, and on Theatre Beyond Words. His dream to organize 5 more such festivals – retrospective of Girish Karnard, Mahesh Elkunchwar and Habib Tanvir, along with Children’s Theatre & folk theater - remained unfulfilled on account of lack of funding.

His philanthropic pursuits facilitate many new productions of various plays in different languages, publication of a quarterly magazine dedicated to the theater world round-up, organization of a theater festival in Western Maharashtra, among other things. 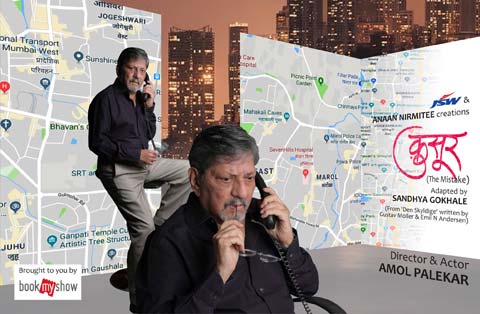 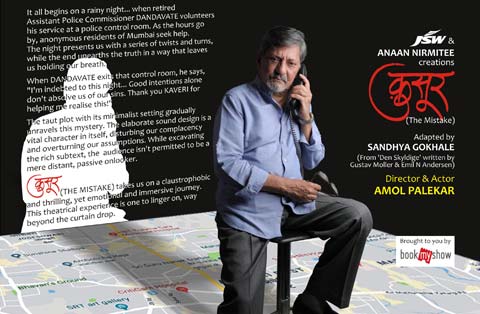 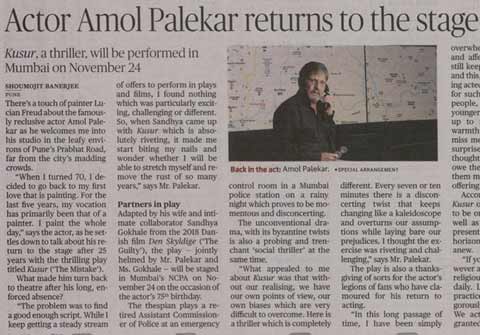