Now that I often retrospect, I feel Camus’ words etch out through my 50 years’ career ‘ I rebel, therefore I exist’. I started as a painter, perhaps will end as one! A circle may emerge As a visual, though the path was never defined & linear. I lived through many forms – visible & invisible! The tangible success was fulfilling, but the pauses & blanks spanned through were equally intriguing. Having graduated from JJ School of Art in 1965, I had my first solo exhibition in 1967 at the Taj Art Gallery. I continued to paint till 1982 during which I had 7 solo shows. I always painted abstracts in oil. Then I was also active in the three dimensional space of theatre which offered the painter in me more elements for exploration such as audio, depth and live human presence. The world of cinema engaged me for next 30 years. As an actor, I acted in about 50 films in five languages. As a Director, I directed six films in Hindi, eight in Marathi and two in English. I continued to do Obdurately what I felt like doing form within….without any compromises! But the vulgar market Forces escalating with the changing times have alienated the performer in me and again, I have Found consolation in the blank canvas which triggers an introspective journey in search of those Images hidden in my mind. My finished canvas with all its perceptible and untraceable possibilities will offer a confession!

With my new beginning, I’m compelled to find myself again, and to lose myself anew! 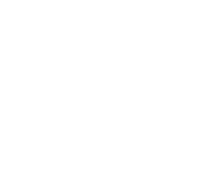